Ledbury is a lively market town, close to the Malvern Hills AONB.  It is well-known for its black and white architecture, its wealth of independent shops and its pubs, restaurants and cafes serving delicious local produce.

The town sits at the foot of the Malvern Hills, the location of William Langland’s Piers Plowman. An ancient borough, dating back to the Domesday Book, Ledbury was recorded as Liedeberge, and returned members to Parliament in the reign of Edward I. Ledbury probably takes its name from the River Leadon, on which it stands. The Old English berg (hill) has been added to the river name. 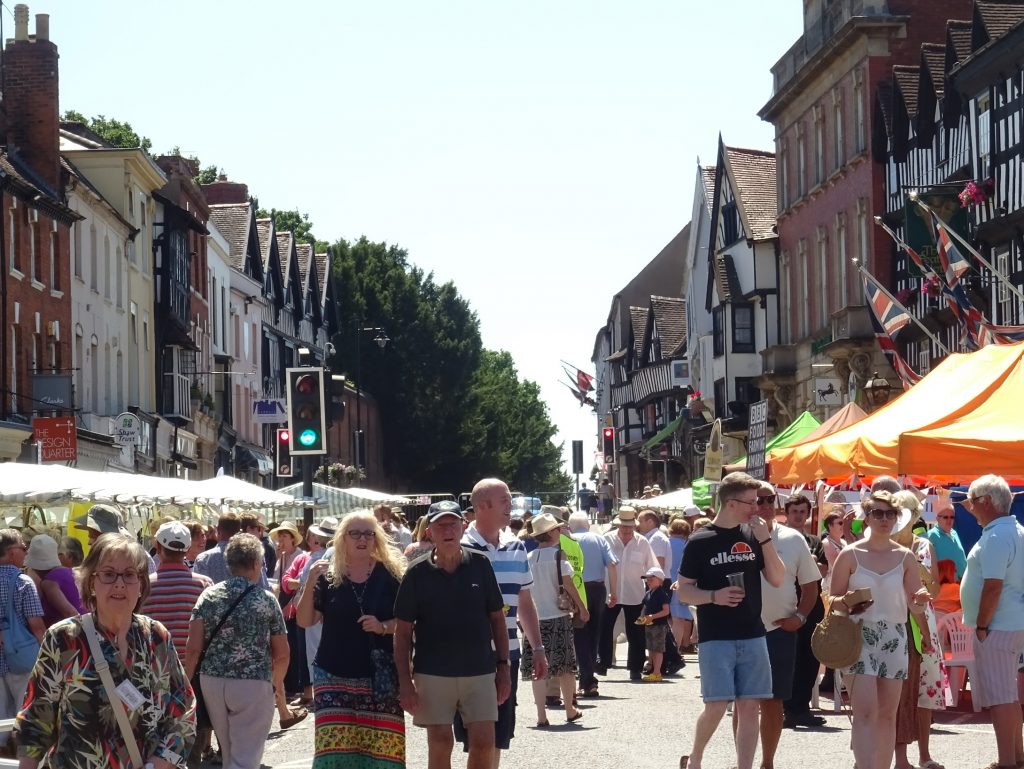 Parking is available in the town centre off Bye Street and Bridge Street.

Disabled parking  is available on The Homend outside ‘One Stop’ and in the car parks.

The station is a 10 to 15 minute walk to the town centre.  If you need a taxi you will normally have to book this well in advance – search for taxis. 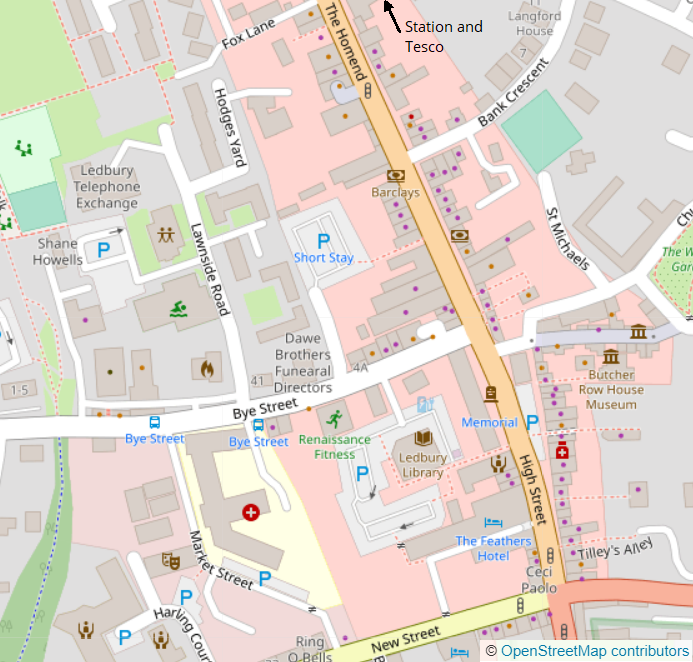